all stories print article share article
Whatever your mood, no matter the weather - take to the streets of Hamburg, where you're bound to find inspiration.

Hamburg is often called the “gateway to the world.” It’s an apt description,  because the city gives visitors easy access to a whole world of exquisite architecture and user-friendly urban planning; a world of bridges and ships; a world of pragmatism and friendly citizens.

Interesting fact: 80.5  percent of all women and men living in Hamburg regularly engage in at least one sport. Biking, sailing, hockey, football, running –  Hamburgers are more active than the citizens of any other German metropolis. Renowned sports events such as the marathon, the Cyclassics bike race, and the world’s biggest triathlon, attract international guests and sports stars.

Hamburg is located on the southern part of the Jutland Peninsula, between Continental Europe to the south and Scandinavia to the north, with the North Sea to the west and the Baltic Sea to the north-east. It lies on the River Elbe at its confluence with the Alster and Bille. The city centre is around the Inner Alster and Outer Alster, both formed by damming the River Alster to create lakes. The island of Neuwerk and two small neighboring islands, Scharhörn and Nigehörn, in the Hamburg Wadden Sea National Park, are also part of Hamburg. 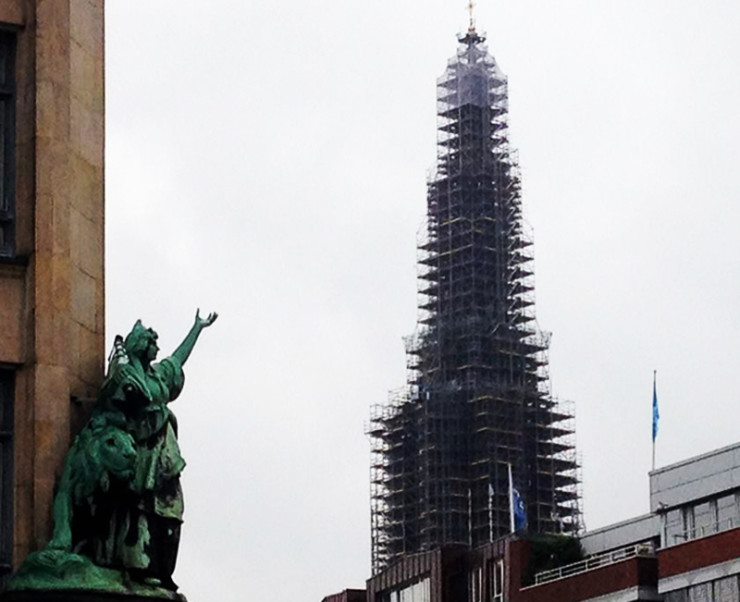 Among the city-state’s main attractions are its neo-Renaissance Town Hall (constructed between 1886-1887, it houses City Hall and the Senate) on the famous Rathausplatz (Town Hall Square), the 17th and 18th-century houses onReimerstwiete, Cremona, Deichstrasse; Church of St. Catherine’s, neo-Gothic church of St. Nicholas, St. Michael’s Church, Jakobikirche, St. Paul’s Church, the Christuskirche, a monument to Bismarck on Helgoländer Allee, the historic “Chilehaus” mercantile building, and the new Philharmonic Concert Hall (to be opened in 2017).

Hamburg is a relatively compact city, so these points of interest are all within easy walking distance of each other.

The city has about 120 parks, including the world’s largest park-style cemetery, Ohlsdorfer Friedhof, a small park at Sternschanze, and Jenischpark. To the north of the old town is a manmade lake, the Alster, around which a “health trail” has been built .

Finding a place to run is not a problem. I did some jogging myself and was very pleased.

For route planning I recommend the service at gpsies.com.

Hamburg is incredibly convenient for cyclists. The city’s infrastructure is ideal for meeting the needs of citizens as well as conducive to organizing large-scale sporting events. For example, every year since 1986, the city has hosted the Vattenfall Cyclassics. In 2015, the competition attracted more than 15 thousand athletes. And residents can visit the accompanying bike Expo. From August 21st to 23rd, 2015, 300,000 visitors came to check out around 5,000 products, 300 brands and new trends centered around cycling. The Vattenfall Cyclassics stage was the site of spectacular bike shows, enjoyable infotainment programs, and the ever-popular bike auction. 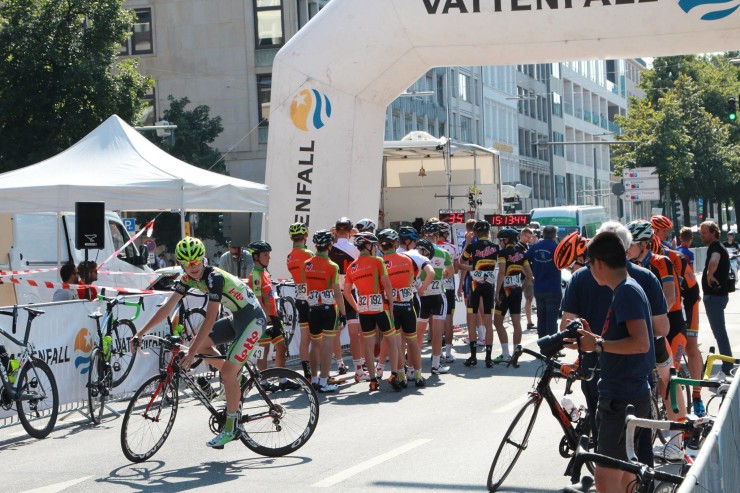 Tourists are invited to explore the city in a more leisurely manner than the race participants. The site english.hamburg.de  helps you find popular city routes, as well as a bicycle to rent.

“I did a little online research and found Hamburg City Cycles, which offers bikes for 24 hours for 13 euros. This was the most convenient option I could find,” says Hrant Galstian, a program participant from Armenia. First I rode to the city center where I explored several streets I wasn’t yet familiar with. Then I came back to St.Pauli district, rode here for 1-2 hours and went to Mundsburg after that, crossing the bridge betweenHamburg’s inner and upper lakes. I returned at 10 pm after having ridden around the city all day. 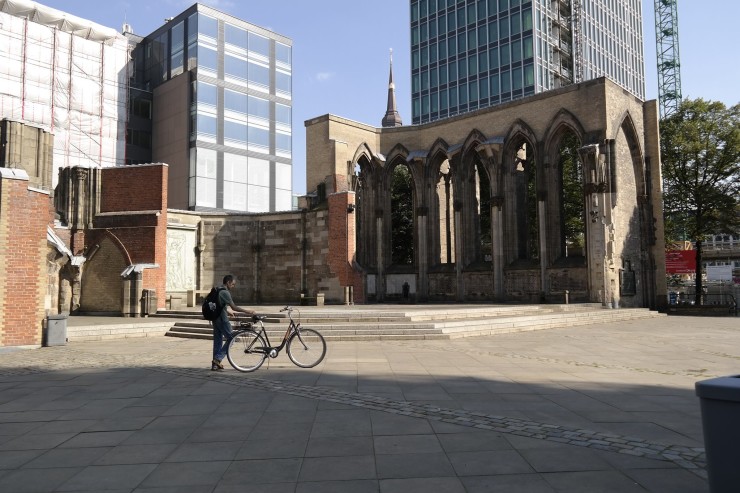 Hrant says it was very comfortable to explore the city on bike. There are paths integrated into nearly every sidewalk, and in some narrow streets where there is no path for a bike, the traffic is not heavy and one may ride there too. Another advantage of Hamburg is that it has almost no hills, so it doesn’t take much energy to cross large distances.

“Overall, I really liked the experience of riding a bike in Hamburg. Cycling is a tradition here and you almost never find yourself alone on the bike paths,” concludes Hrant.

It’s difficult to argue with that. Hamburg not only opens up new experiences for you, it also encourages you to fall in love with a healthy lifestyle and friendly dialogue.